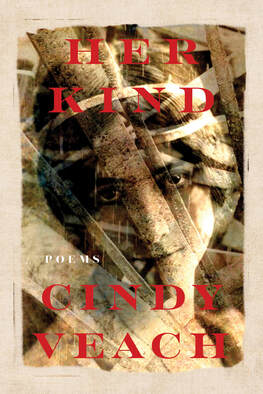 Set against the historical backdrop of the Salem Witch Trials, Her Kind is a book about women who are innocent and are used and/or disregarded by the culture: women viewed as witches, women making their own choices, women fighting for freedom. The lyrical poems in this collection chronicle and skillfully braid together narratives of the female victims of the Salem Witch Trials with personal history/events and contemporary political circumstances. Ultimately, the book celebrates women refusing the victim role and reclaiming their magic.

Her Kind, with its nod to Sexton’s dark fairy tale of sisterhood, is an essential book of our age as women are once again endangered and marginalized, as we must equate silence with “trouble, // a brewing.” These powerful portraits and tragic stories remind us—not only do people take selfies where women were murdered and convert dungeons into tourist traps—but “Some things are not // meant to be forgotten,” and every woman, in order to survive, must conjure her strongest self. This is a stunning collection of poems.

—Jennifer Militello, author of The Pact

Rarely do I read a book all in one sitting then want to run out into the world yelling, “You’ve got to read these poems!” but such is the case with Cindy Veach’s newest collection, Her Kind. Grounded with poems about the Salem Witch Trials, it moves from historical to personal to political without missing a beat. Veach chronicles women’s histories—our losses, our silences, and ultimately, our strength in what we take back. Her Kind is a stunning collection of lyrical, powerful, and poignant poems, where we aren’t at the top of a hill looking down at what happened, but immersed in the stories and “We climb with her. We climb with her.” Her Kind is a book that reminds every woman to never let anyone take her magic—it’s an absolute must-read and an essential collection for every bookshelf.

Her Kind, Cindy Veach’s powerful second collection, emphasizes why poetry is essential. Her impeccable ear, her reclaiming of the witch myths from the Salem Witch Trials, the end of her long marriage intertwined with this country’s fraught political landscape make us more aware of the world around us. She reconciles history while living it by using voices from the past to infuse the present. These gritty, lyrical poems continually enrich and surprise. Veach’s writing is transformative. How lucky we are to witness this book as it “shape-shifts, // becomes bells, fingers, spires, / becomes omen.” 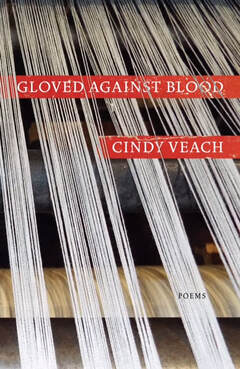 Gloved Against Blood, named a Massachusetts Center for the Book 'Must Read' and a finalist or the Paterson Poetry Prize, explores the fraught relationships of four generations of women against a backdrop of the patriarchal textile mills of 19th century Lowell, Massachusetts that were fueled by the blood and sweat of exploited mill girls and enslaved African Americans in the south. This collection speaks to family, lost love, infidelities, abandonment and the close work, women’s work of mending what is torn and making it like new despite the forces of inherited histories.

“For its hardness, for how it resists / splintering,” Gloved Against Blood, by Cindy Veach, with its meditations on the lives and hardships of female textile workers, demands the reader’s steady hand and unflinching gaze through braided images, sometimes lacey with memory, sometimes sharp as a needle. Here, the poet investigates faith—in husbands, in the company, in God—but does not arrive at easy conclusions. Ultimately, this collection reminds us that the lives of women are not delicate, domestic trifles; it witnesses to their unyielding survival, asking us to look upon their narratives, “the spiraled remnants of their making.”
—Emilia Phillips, author of Emboucher 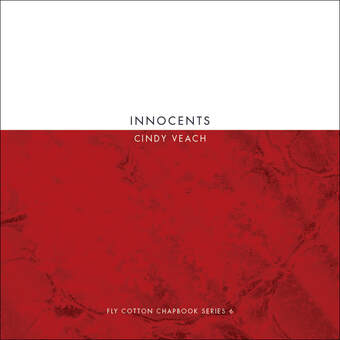 
Drawing on contemporaneous documents, Innocents
pays tribute to the 20 victims of the Salem Witch Trials
creating a secret biography, "a doily of flesh," as relevant
today as it was in 17th Century New England.